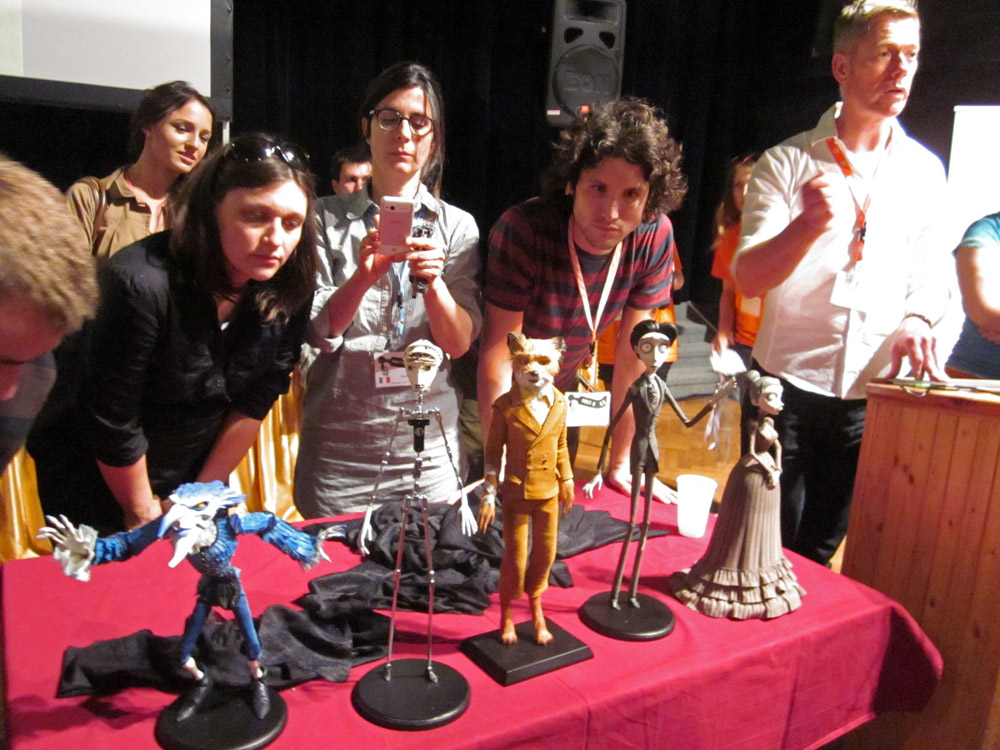 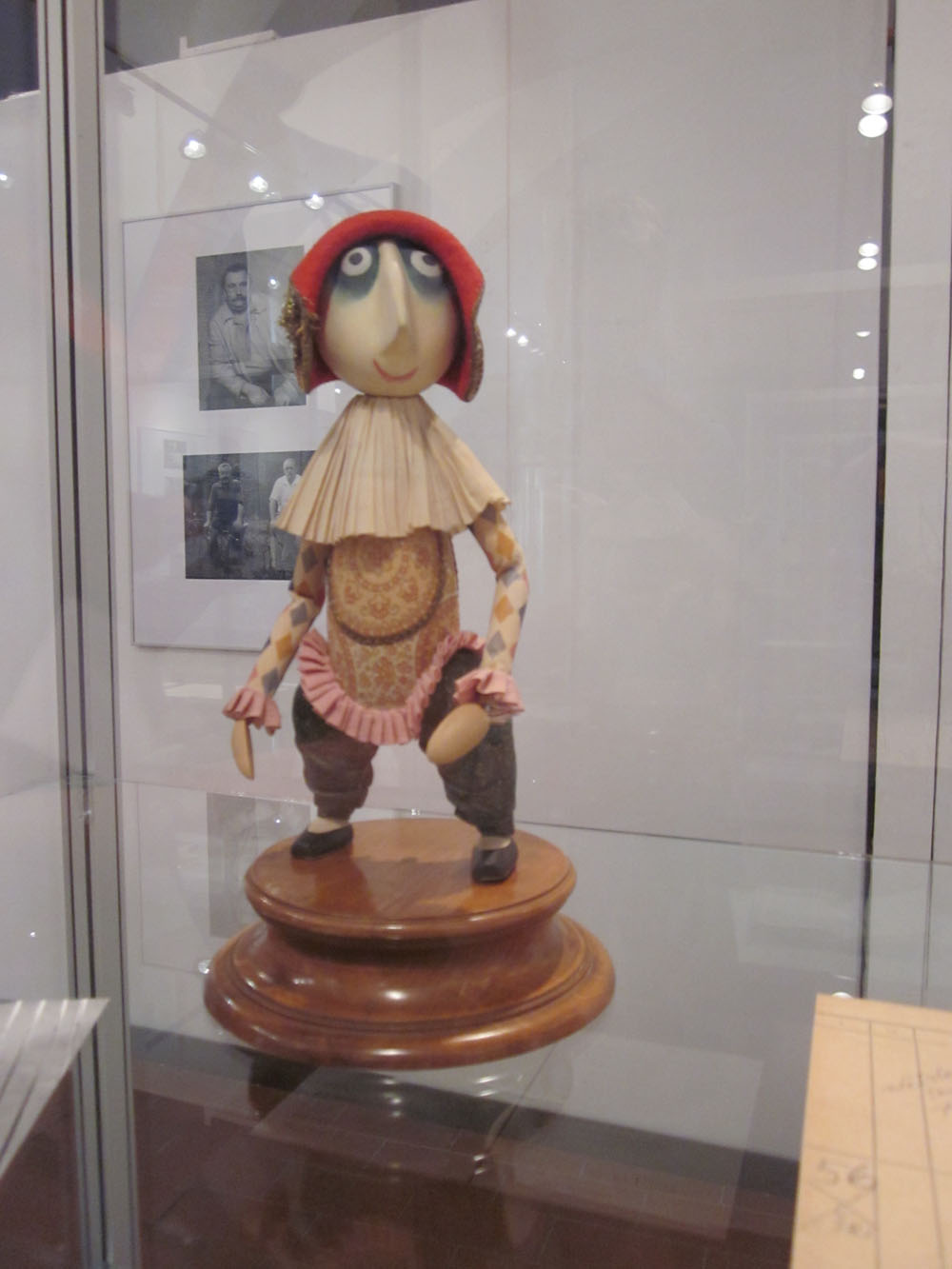 Hinterland had four screenings at Anchorage Film Festival in early December. I would love to see the Northern Lights!

Once again this was a very enjoyable festival.  http://www.encounters-festival.org.uk/

Shorts2Feature – Director Carol Morley and Producer Cairo Cannon talked about their two new features Edge and Dreams of a Life.

If I hadn’t been at BAF, I might have gone to this festival. They were very keen for film makers to attend and were even  giving  funds for travel. 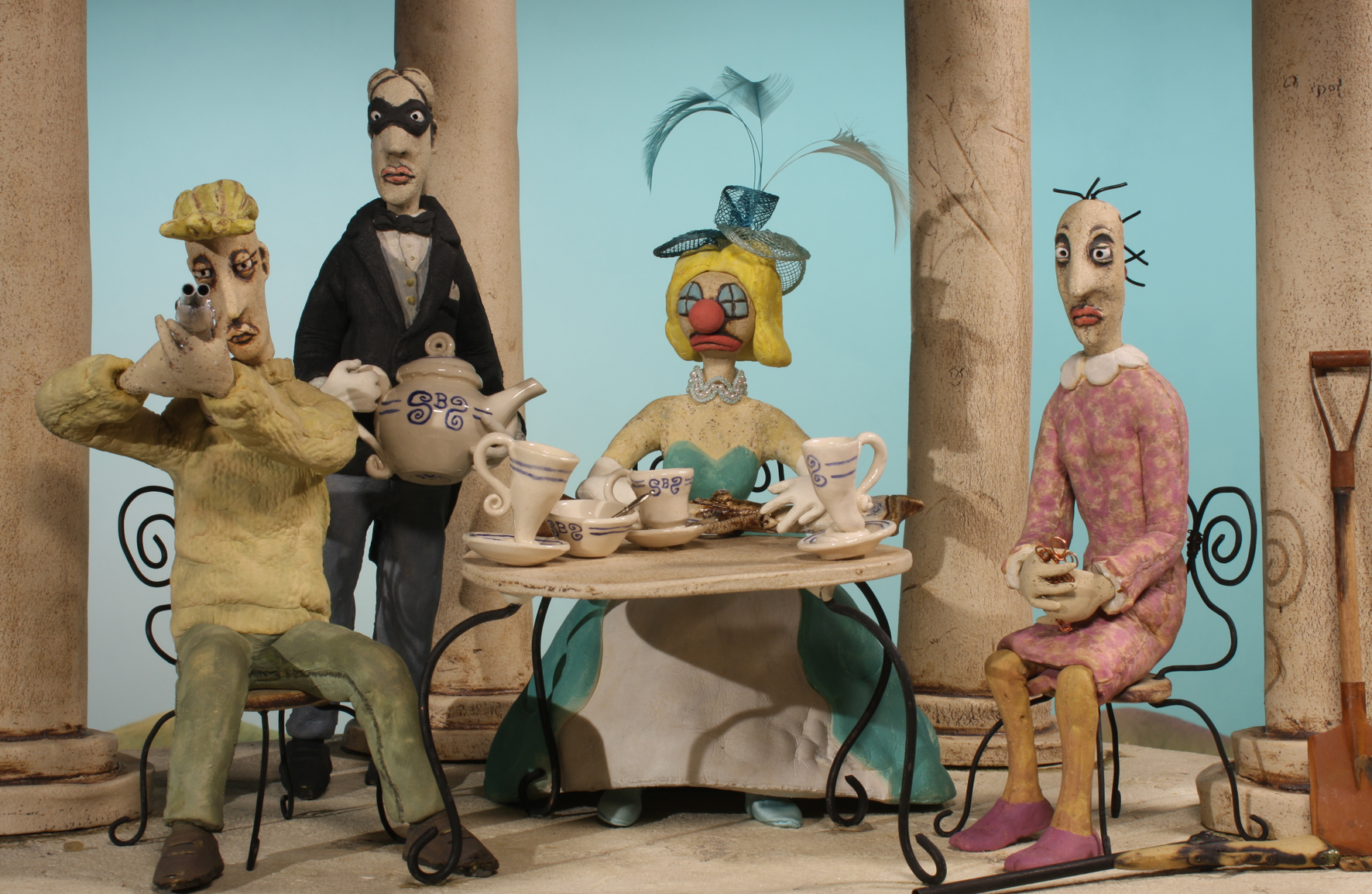 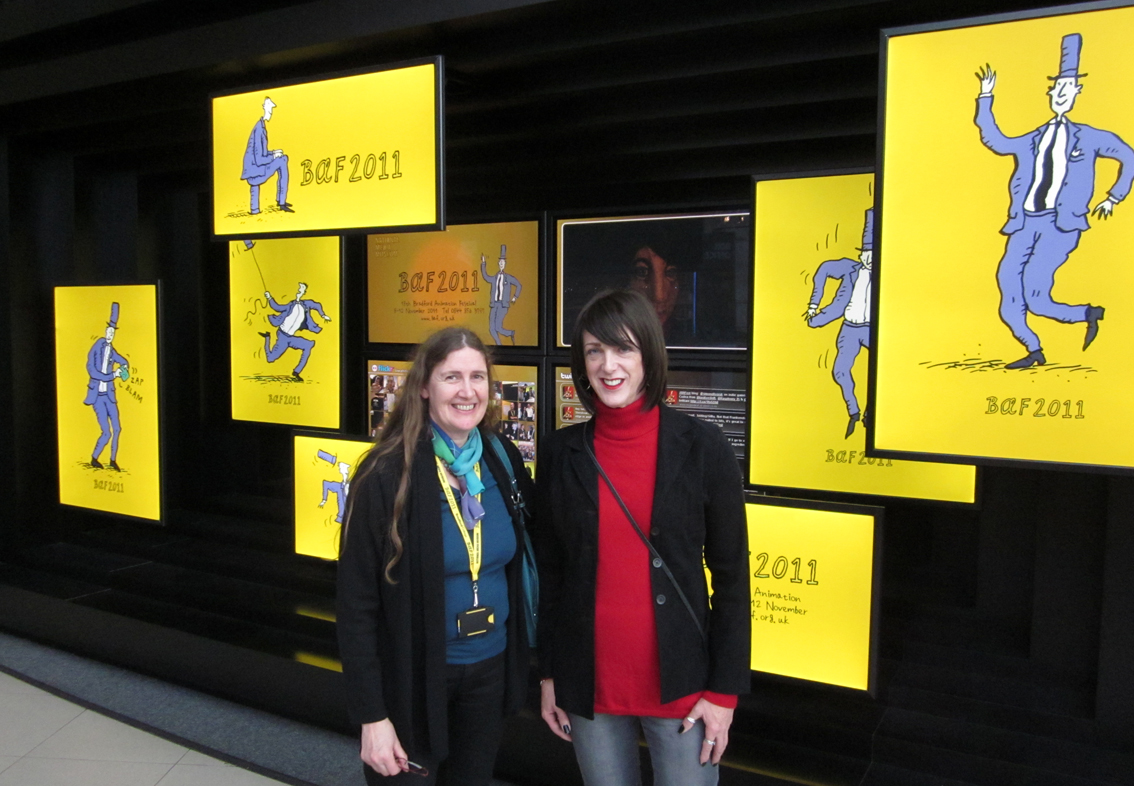 Linda and Steve in foyer of National Media Museum. All the yellow posters with Steven’s drawings looked fabulous and behind us our festival Ident and other shorts screened on a continuous loop. Also live Twitter and photo feed screens. 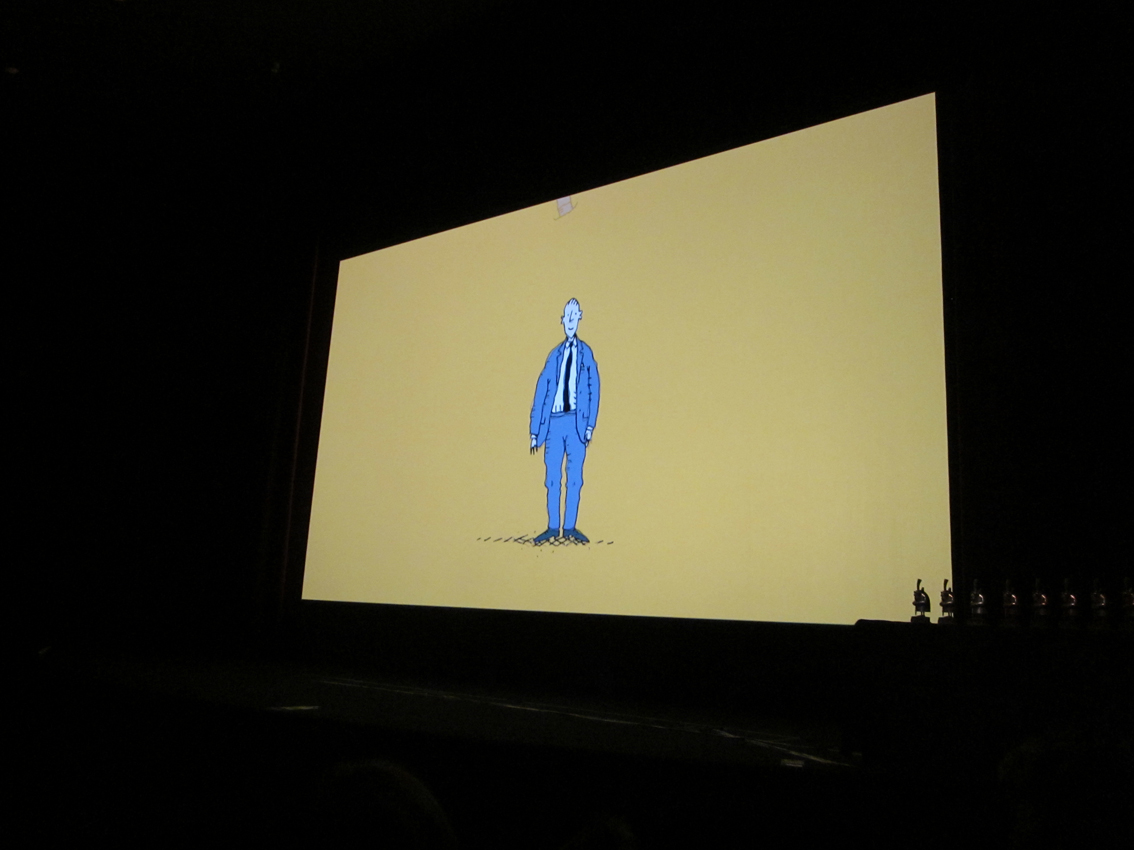 Very nice to see the Ident on such a massive screen. To maintain quality, we supplied 4 GB version of the 45 sec film  to BAF.

Hinterland screened in Panorama 2 on Wednesday and Friday.
Details of all the Shorts which screened at BAF can be seen on http://www.nationalmediamuseum.org.uk/BradfordAnimationFestival/whatson.aspx 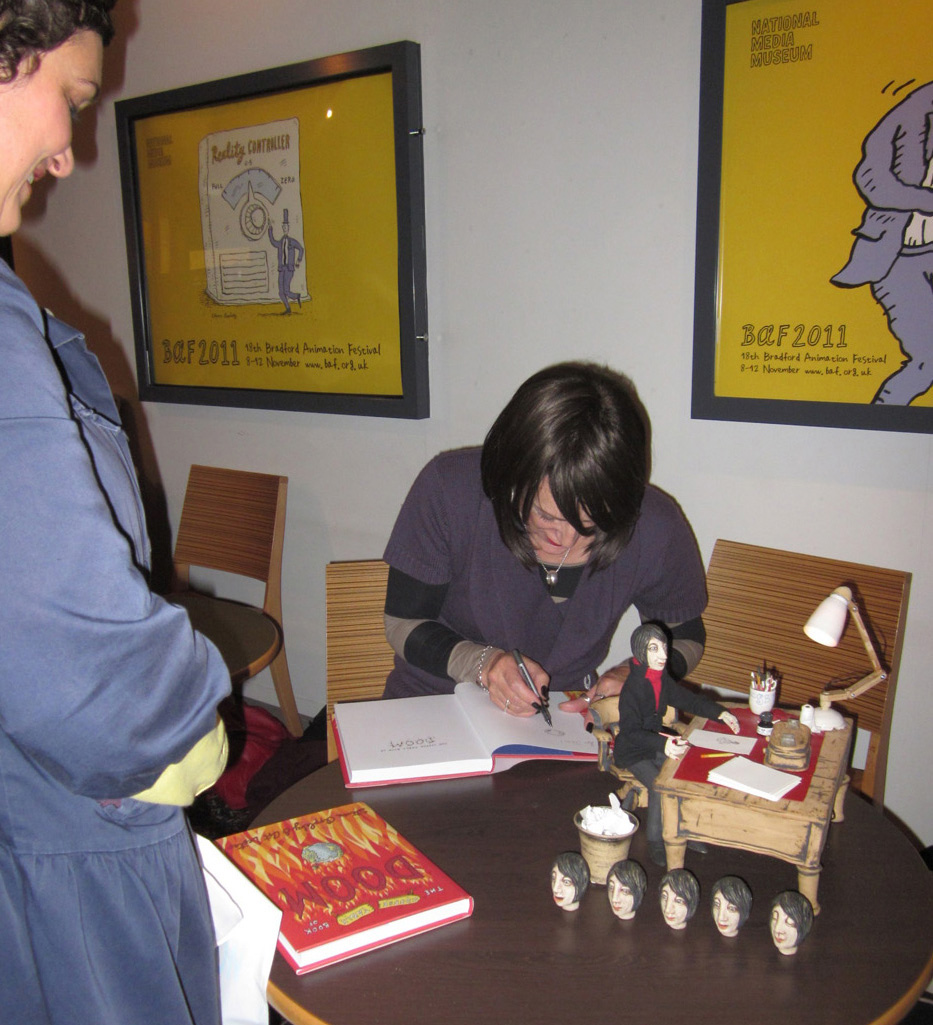 Steven signs his new book, The Coffee Table Book of Doom alongside the miniature puppet of himself made by Linda McCarthy. 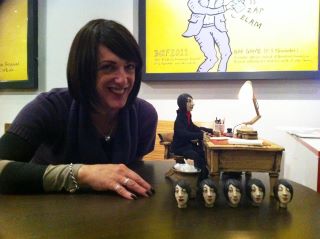 Hinterland Screened in Shorts Programme 3: Animated Displays.
A good excuse for another visit to London. Played to a packed audience  at  The Apollo, Picadilly.

Hinterland Screened in the British Showcase. 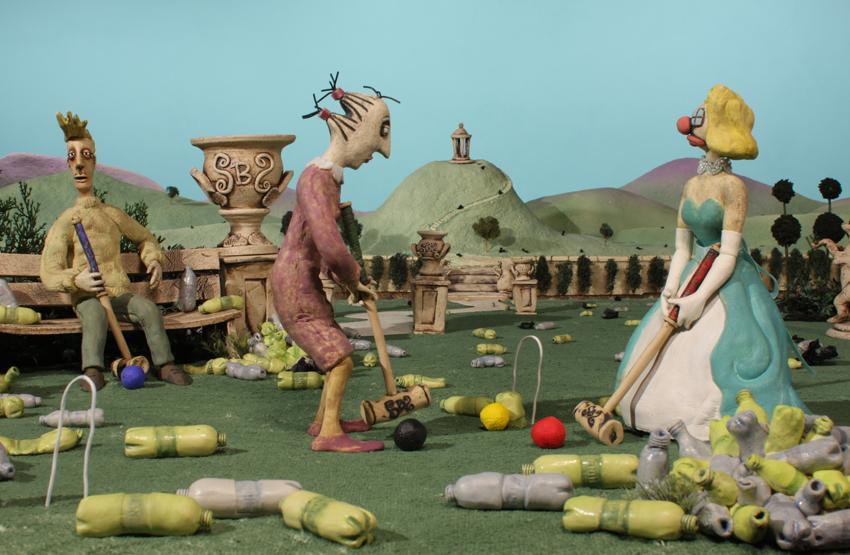 I always enjoy attending LIAF, but unfortunately could only manage
an overnight visit to attend the British Panorama.  The Barbican was this year’s venue.