Hinterland To Screen at Edinburgh

Tiny Elephants is thrilled that Hinterland will have its Premiere at Edinburgh International Film Festival in June 2011.  It will be screening at 18.00, on Saturday 25 June at George Square Theatre  in the Nokia Shorts Weekender programme ‘Animated Interactions’.  Hinterland is our fourth short,  set in Steven Appleby’s cartoon world of Small Birds Singing. 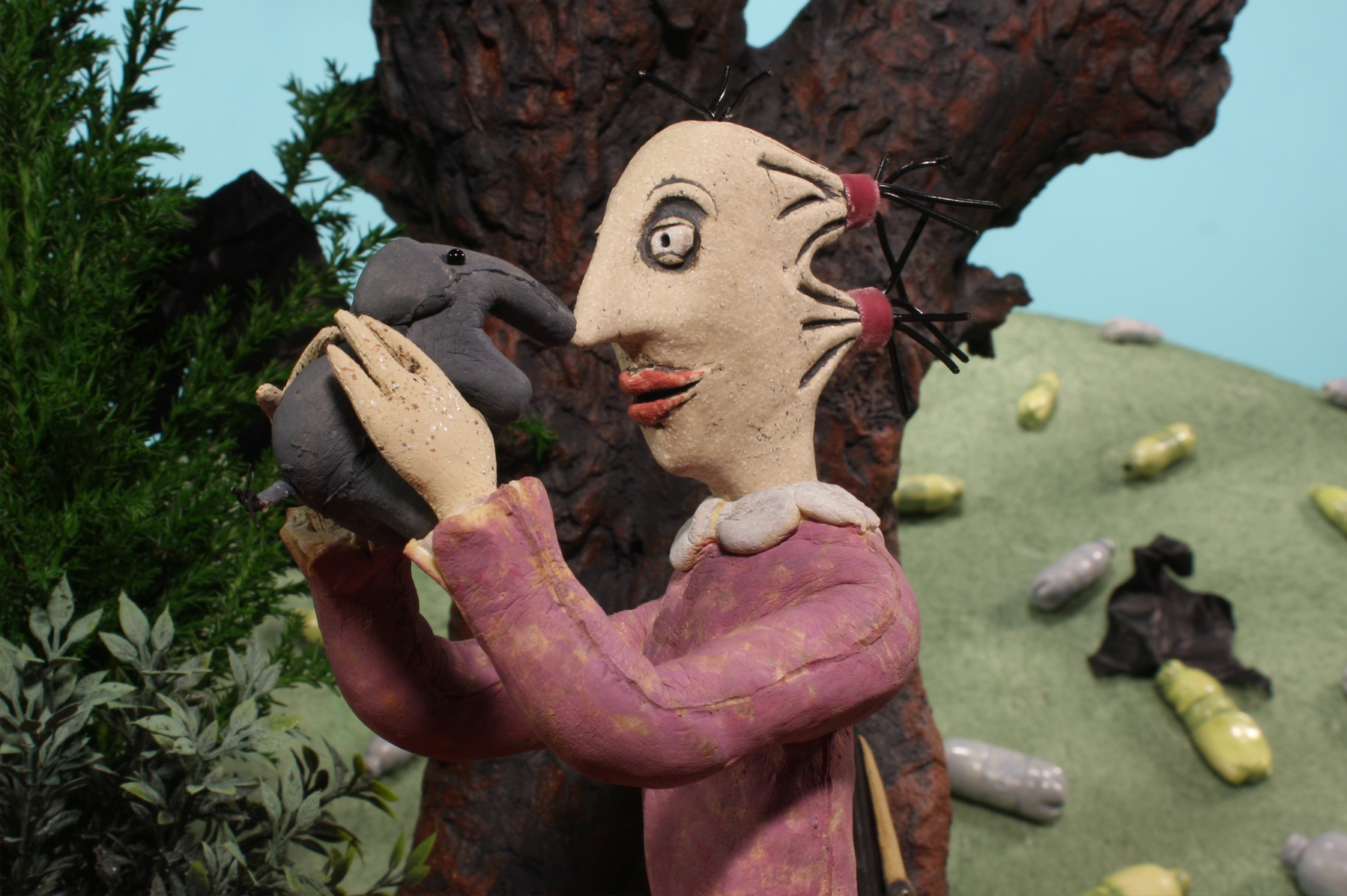 Although Hinterland is just 2 minutes in length, the film took six months to make.  Making convincing ‘plastic’ bottles from clay was a challenge, and many of the sets were complicated to build, for just a few seconds filming.  In addition, the last scene required a lot of patient stop-motion and lengthy post-production, and I ‘d like to thank Callum Strachan and Jeremy Richard for their expertise in After Effects.

Tiny Elephants was pleased to receive some help from Vision+Media’s Completion Fund.  This helped to pay for the After Effects by Callum and Jeremy and allowed a small budget for professional ‘Sound Sculpting’ by Paul Rogers (from The Long Dead Sevens). Paul also did a great job on the music for Old Hinterland and the Credit Sequence (using plastic and other junk sounds as instrumentation).  And thanks again to Verbal Vigilante Music for their fantastic SBS theme music which transports us into the Small Birds Singing World and introduces Spandisman, Consommé and Delphinium.

And since this has turned into an extended ‘thank you session’ I’ll just mention the lighting skills and DOP advice of Joe Dembinski, the prop-making help of Guy Levy and the fantastic voice of Kerry Shale who brings all the characters to dysfunctional life.

And last, but not least, thank you Steven Appleby for yet again allowing me to play in your world and with your characters. Incidentally, not only does Steven have a Creative Advisor role, but he also supplies original ‘family portraits’ which adorn the rooms of Small Birds Singing. 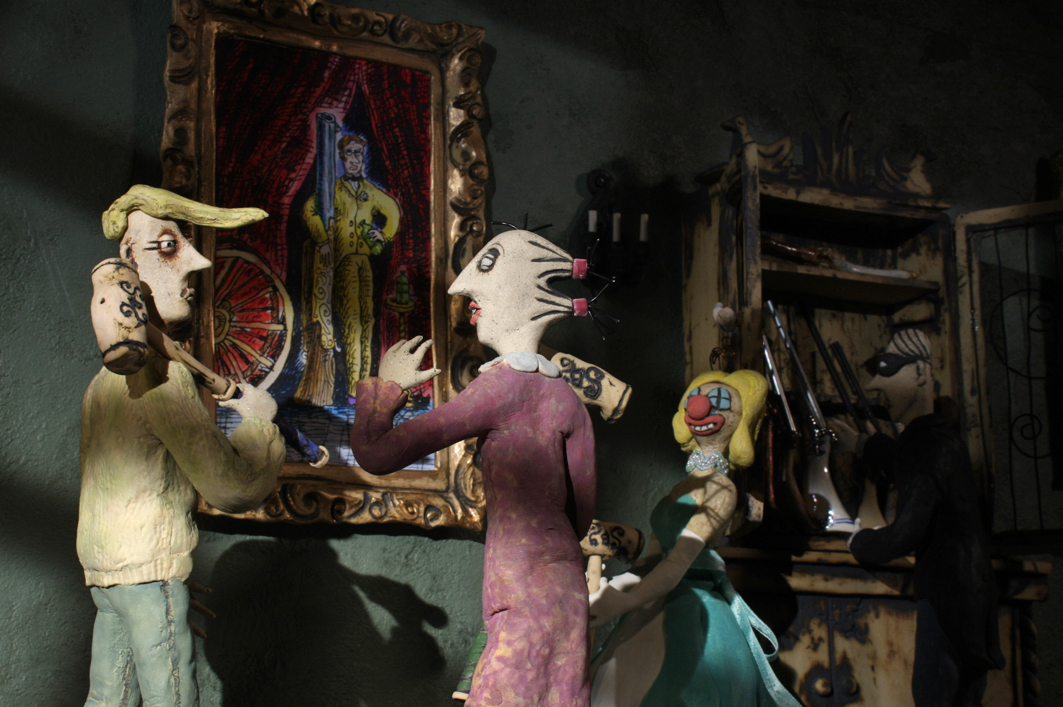